The Passage Ranking Explained: What This Update Is Really About 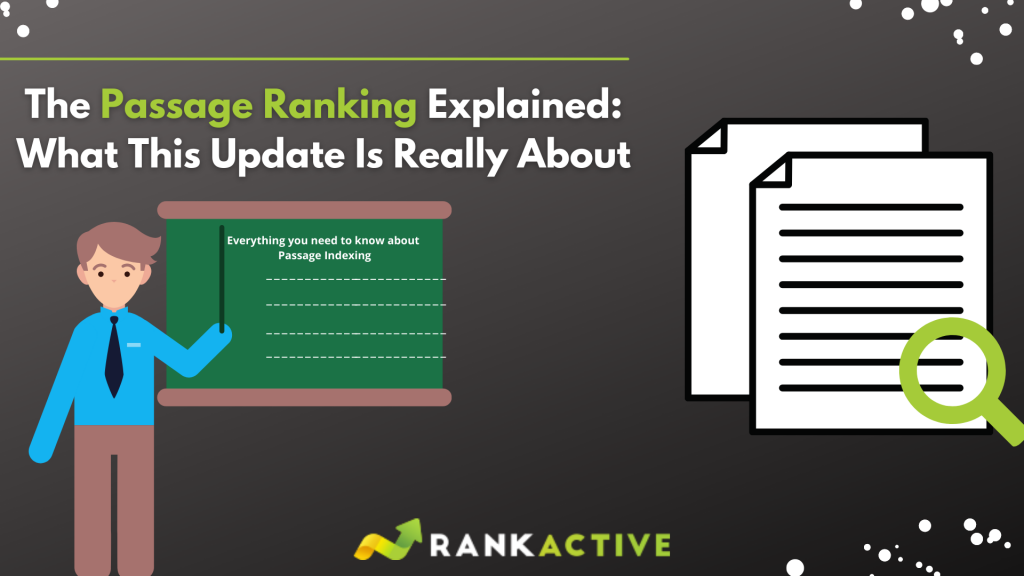 Sometimes it’s hard to find relevant information online. The answer to your query might be buried so deep in SERP that you would need some sort of internet archeologist to find it.

Google is aware of that, so it does its best to simplify online searchers’ lives. On February 10, the search giant fixed the issue by rolling out the passage ranking update. It’s designed to help users find relevant information way easier. But what’s more important to website owners like ourselves, this update can also increase our websites’ visibility.

We are about to tell you everything we know about the passage ranking update. In the following paragraphs, we describe what it is, how it works, how this update may change SEO, and whether you should start optimizing for it.

What is passage ranking and how it works?

Passage ranking (also referred to as passage indexing) introduced a slight change in Google’s ranking algorithm. The update is currently launched only for English queries in the US, but soon Google will roll it out for other languages. After its global release, it is expected to affect 7% of all online searches. 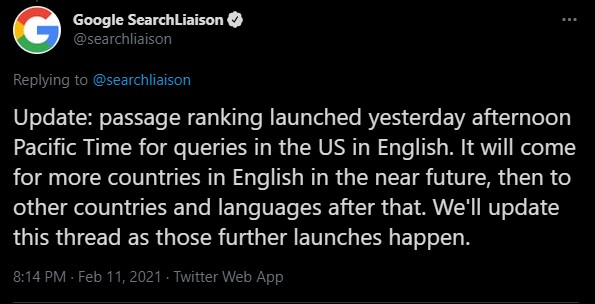 Passage ranking enables the search engine to pull out passages and rank them independently of the rest of the page. Before the update, Google evaluated all content on a webpage to determine whether it was relevant to some query. However, this method had issues. If you covered various topics within one article, the article might not rank well for all the topics you mentioned.

Let us illustrate our point with an example.

Say you published a blog post on bathing a cat. You wrote about how to bathe a cat without getting scratched, how often you should do it, whether cats even need bathing, and so on. You also put together a small paragraph where you shared your thoughts on why most felines are afraid of water. Since this particular paragraph is irrelevant to the bathing topic, your article most likely won’t rank well for “why cats are afraid of water” and similar queries.

However, with the passage ranking update, it can.

Now Google better understands the relevancy of specific passages to user queries. And what’s more important, the search engine surfaces them in search results even if they’re irrelevant to the main topic of a webpage.

As far as we see it, passage indexing helps Google return relevant results for keywords for which there were no relevant results before the update. Maybe 7% of queries mentioned above are those for which Google had nothing pertinent to offer. That explains why the search giant started analyzing passages independently of the rest of the page.

So let’s come back to the “bathing cat” example. If there were few results for the “why cats are afraid of water” query, Google would rank your article well even though only one of its passages is relevant to this term. However, if there were plenty of blog posts on the topic, Google would most likely pick the most meaningful and comprehensive content to rank it high in search results.

That’s why passage indexing doesn’t guarantee your articles will rank well for all the topics you cover in them.

We hope now you understand passage indexing better. However, what may still confuse you is how passage ranking results look in SERP. As you know, Google has been able to surface passages from content since 2014. That’s what featured snippets are designed for, isn’t it? So do passage indexing snippets look any different from featured snippets? If not, do they have any differences?

Let us answer these questions.

The difference between passage ranking and featured snippets 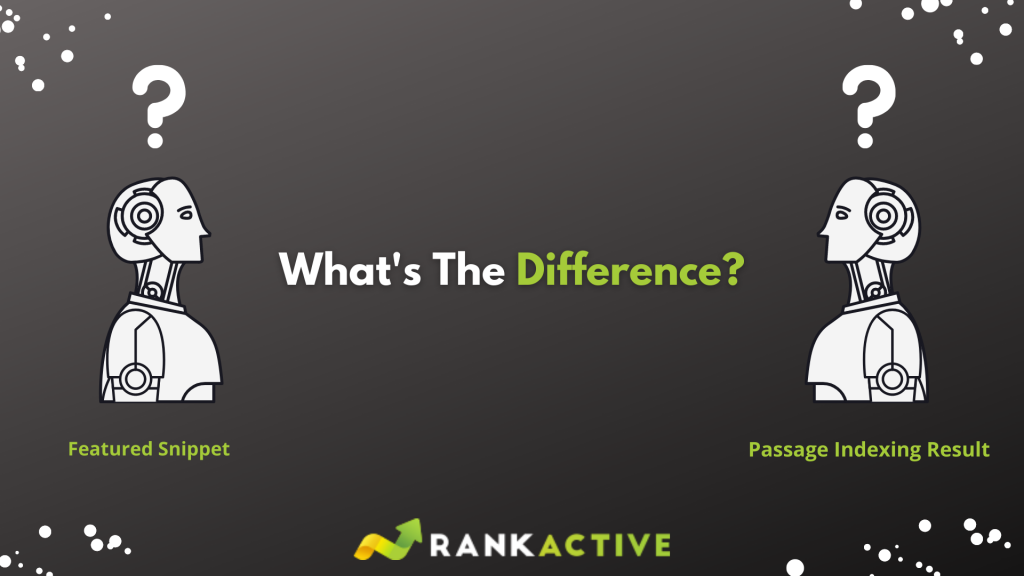 When showcasing passage ranking on its recent blog post, Google included this image. 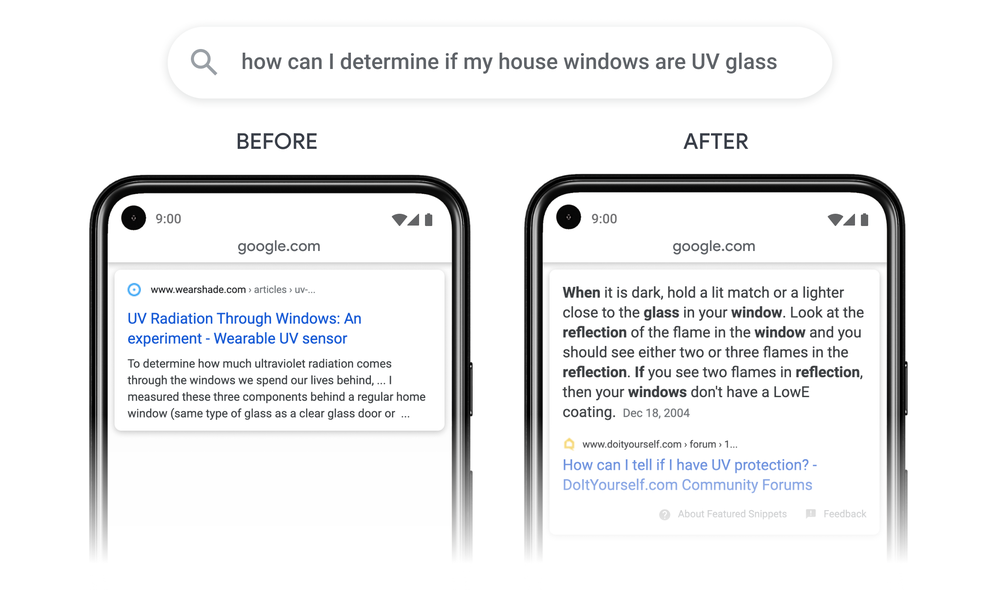 As you can see, there is a featured snippet in the “After” part of the image.

He got this reply:

So what can we learn from this? As confirmed by Danny Sullivan, passage indexing snippets are visually indistinguishable from regular snippets. He also emphasized that passage ranking has nothing to do with how search results are displayed, so we can assume that passage ranking results look just like featured snippets.

Even though featured snippets and passage indexing look the same, it doesn’t mean they don’t have any difference. Based on what we’ve learned, we can safely conclude that:

Now that you know the difference between passage indexing and featured snippets, it’s about time to discuss the passage ranking update’s impact on SEO.

How passage indexing may change SEO? 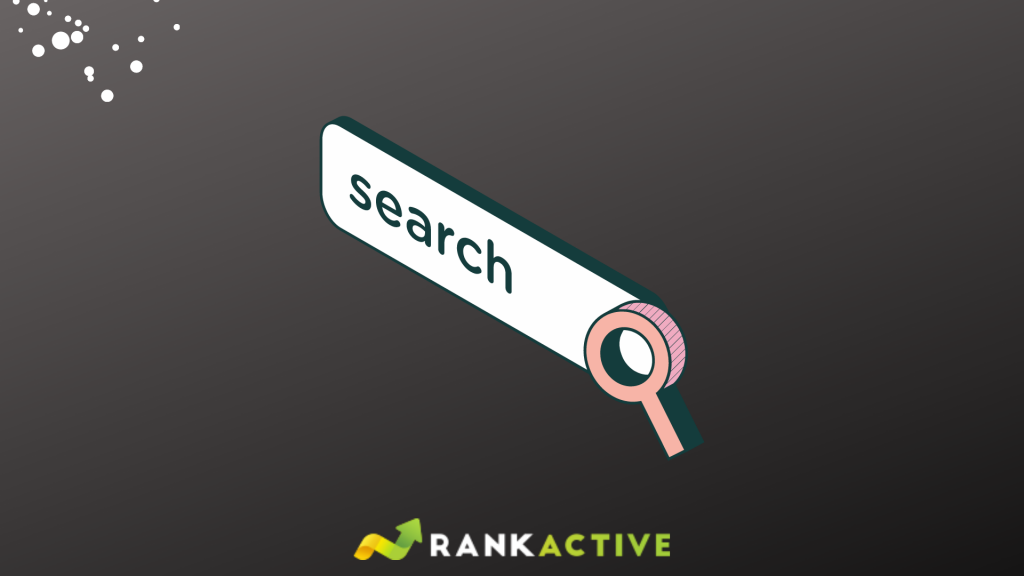 Since the update isn’t completely rolled out yet, it’s hard to analyze its impact on SEO. The only thing we can do is assume how passage indexing may affect website optimization in the long run.

In our opinion, the following events may happen:

The “one page per topic” rule may become unnecessary

With passage indexing, you can cover multiple topics within one article and not worry that Google will pick only one topic to rank this article for. If you feel that it’s better to talk about several subjects within one copy, go for it.

Given that longer content often covers more than one topic, it definitely makes some sense. If you manage to create long-form content with answers to various queries that have never been answered before, you will boost your webpage’s visibility and increase traffic.

The importance of content structure may be slightly reduced

In the same webinar Martin Splitt also stated the following:

“… we try to help those who are not necessarily familiar with SEO or how to structure their content or content strategy. Because lots of people end up creating these long-winded pages that are having a hard time ranking for anything, really because everything is so diluted at this long content. We are helping those.”

So we can assume that passage indexing may slightly reduce the importance of content structure. However, the quality of content is and always will be crucial, so you shouldn’t rely on passages if you produce poor content.

Given the above, you may wonder whether you should optimize for the passage ranking update. That’s what we want to discuss right now.

Should you optimize for passage indexing? 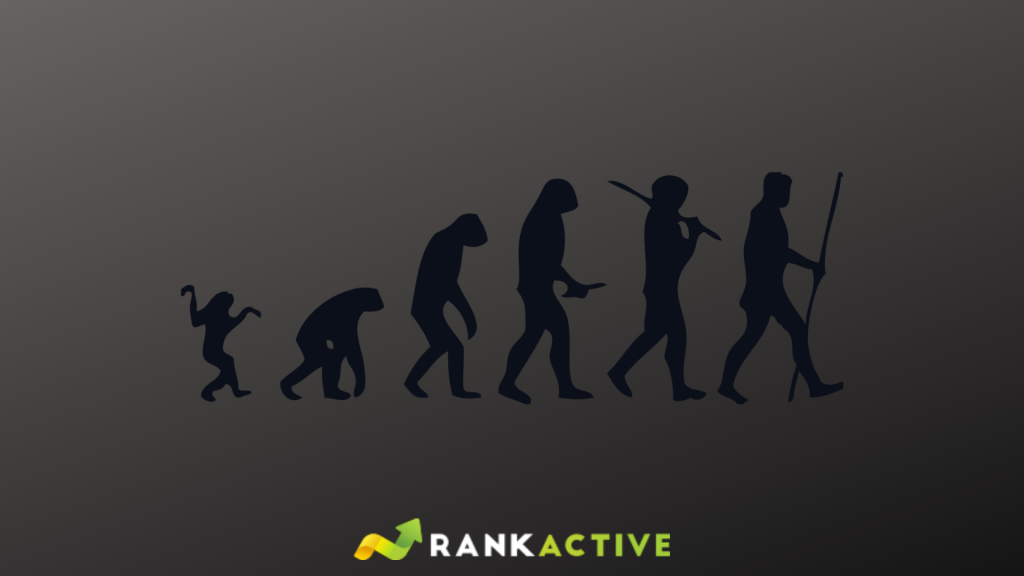 Now you have a sense of how passage ranking works. The next question: should you do something about this update?

In the already mentioned SEJ’s webinar, Bartosz asked him whether SEOs had to do anything specific in response to that new algorithm. Here is the reply he got:

There is no special thing that you need to do.

It’s just us getting better at more granularly understanding the content of a page and being able to score different parts of a page independently.”

However, this reply concerns already existing content. But what about new content? If there is an updated algorithm, you can do something to optimize your future articles for it, right?

It’s not far-fetched to suggest so.

To optimize your content for passage indexing, you may try the following:

To find terms with the low number of searches, you will need advanced SEO tools that can provide keyword search volume information. RankActive’s Keyword Finder is one of them. In its Related Keywords section, you can find related search queries for any keyword and use them for content creation.

Say you’re writing a long article on some subject, and Himalayan salt lamps are one of its topics. Using the Related Keywords section, you can find some ideas to write about. Let’s type “Himalayan salt lamp” into the corresponding field and see what we can get.

The tool provided us with a hundred ideas.

Now we can sort these terms by search volume and display keywords with low search volumes at the top of the list.

As you can see, we already find some topics we can cover.

While it may sound funny, the first topic has already been covered by some websites. 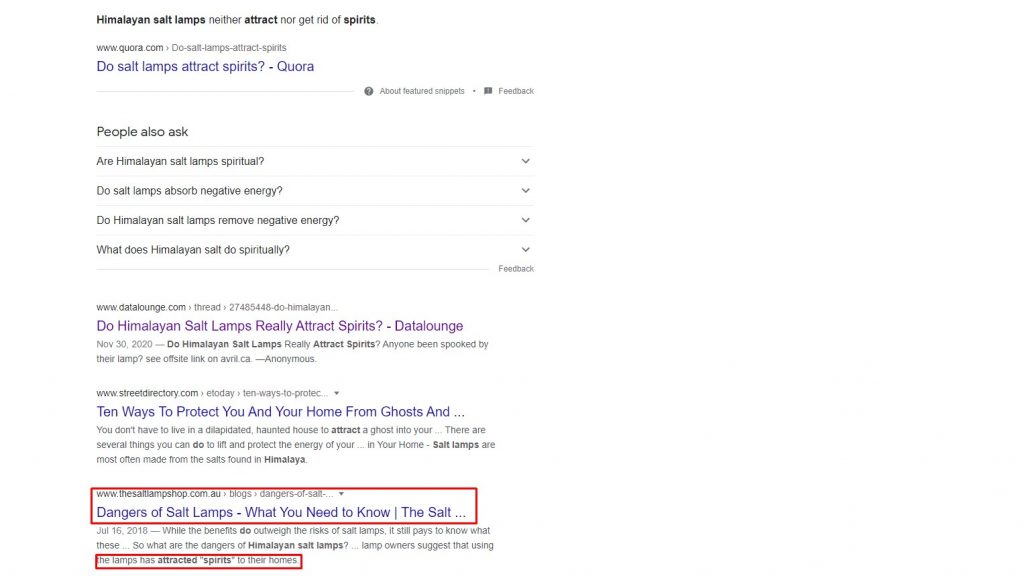 That means someone is interested in such topics, right? So why not capitalize on this and create content around these subjects to increase your website’s visibility and traffic?

For example, the “Salt lamp giving me nightmares” topic has never been covered, so if you be the one to do it, you’ll most definitely rank high for this topic and attract users from organic search.

You can do the same with any keyword. Just repeat this process:

If you believe that creating content for the updated algorithm is a good idea, no one is stopping you from doing it.

Google is always evolving, and passage ranking once again proves this. While it is not a core update, it still may change SEO as we know it in the long run. That’s why we believe it was important to cover this topic and tell you everything we know about the change in Google’s ranking algorithm.

Forewarned is forearmed, as they say.

Let us repeat the key points of this article so that you can better memorize them:

Don’t miss the opportunity to increase your website’s visibility and traffic. Try to optimize for the new ranking algorithm with RankActive’s tools. Sign up right now and use advanced SEO instruments for 14 days for free.