How One Negative Review Can Knock You Out Of Business Forever

Praising online reviews are the music that all business owners like to listen as well as all the customers like to rely on them when they choose a product or service to buy.

Positive online reviews can skyrocket your business to the very peak of success. Negative reviews, on the other hand, can throw you through all the 9 circles of inferno. There are plenty of examples in the modern online world of businesses being earthquaked pretty hard because of hateful comments or even articles. 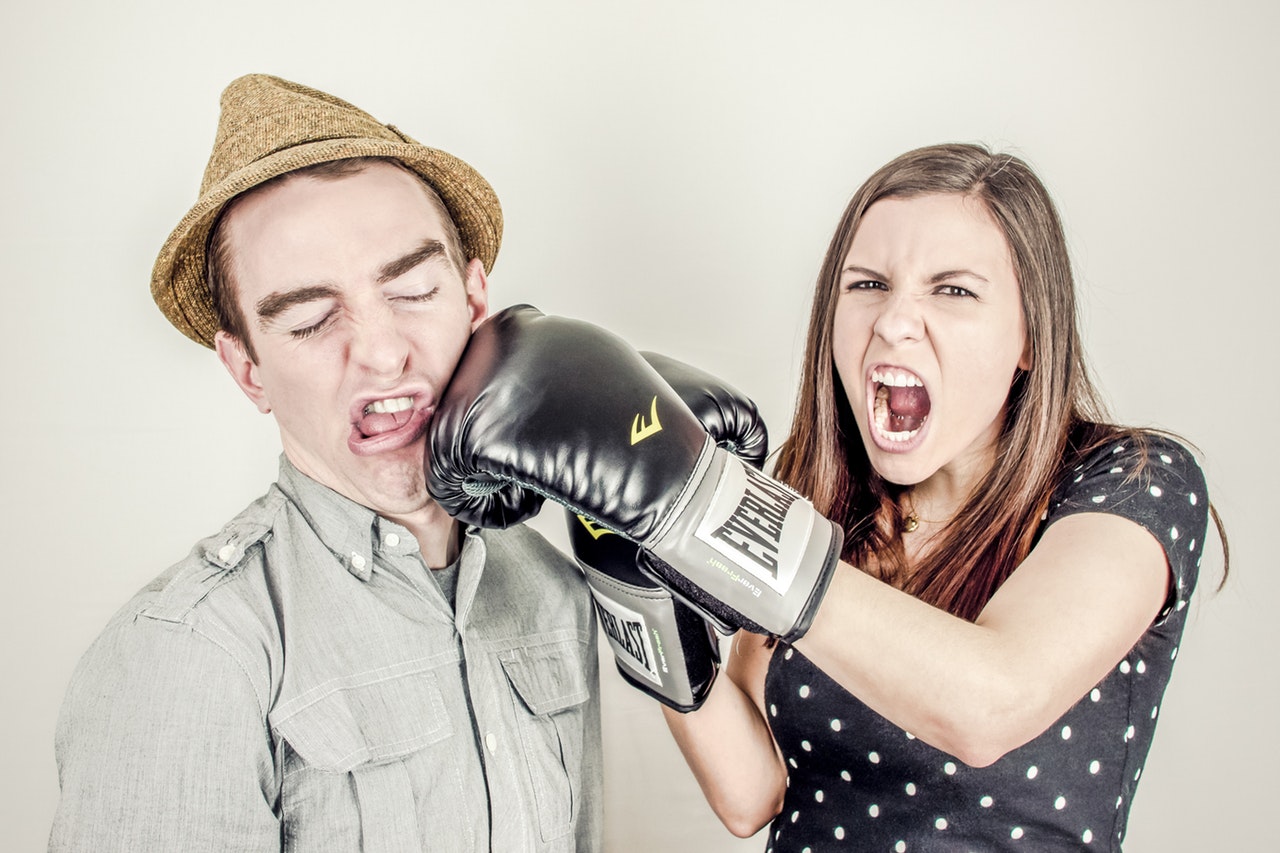 Jamee Weber and her iPhone repair business was maliciously attacked with fake reviews from Facebook users.

One day a vendor came to Jamee and offered her iPhone screens that he was selling. After some time of cooperation, Jamee spotted that the screens were low-quality and a vendor would try to contest that and said that they were good for return business. It means that when the screen breaks it won’t work and customers will have no other option but to come back.

Later, Weber ordered more boxes with screens only to find that all of them were horrible. She tried to talk with the vendor on this matter but she had no success as he never came to the shop again only excuses would follow.

Eventually, she’d successfully disputed the transaction with the bank, and they’ve chargebacked the vendor. It drove him mad, so he started bombarding her with hateful messages.

He started threatening her business. In the morning in just 30 minutes between 5:40 and 6:10 AM she received 95 negative reviews from Facebook users from Brazil that rated her business one-star.

From 4-5 stars that she had her business dropped to 2.6 stars. She desperately tried to contact both Facebook and the vendor, but she had no success. Unlike Facebook, Google works really well to eliminate fake reviews from businesses. But this may be another proof that Facebook doesn’t care much about their user privacy and authority.

Jamee has only managed to lift her score to 3.6.

“I was afraid, I was scared, my confidence level was at an all-time low.”, – said Henry Kaminski, Jr. – Founder of Unique Designz in his interview.

A client was following Henry on Instagram for some time, and they had pretty good relationships together. Eventually, a client came to him and asked for help with brand development and brand identity.

After the transaction happened the dynamic in the relationships has changed completely. He started saying “I’m the boss here.” Later, in their work Henry really became scared of how things were getting out of control for both of them.

Ultimately, he couldn’t stand the bullying client anymore, and he reacted accordingly. He failed to resist the temptation to outrage the client with the same treatment and words.

What happened after was when Henry woke up one morning he saw a devastating report written at him, a smear campaign that resulted in 150 one-star reviews on his Facebook page. His Facebook profile was littered with one-line comments calling him a fraud.

He wrote a response to the ungrateful guy. Henry recalls “… throughout the day I removed myself from social media completely, cuz I didn’t want any comments to sort of hit a nerve for me to come at and for me to say something just out of emotion and passion.”

All in all, it took him 5 months to recover from this a personality-killing event.

Positive reviews can raze your business

GlowingReviews.co got shut down because of a lawsuit. They specialized in posting reviews as it’s clear from their name and boosting business presence on different websites. You can find many mourning comments on the web about this company. This comment was found at Blackhatwolrd.

According to Fi-Magazine, GlowingReviews.co registered more than 2,000 fake accounts with Edmunds.com on behalf of 25 dealers across the country. Due to these black hat SEO manipulations, they have been completely erased from the web.

The moral of both fake positive, negative and fake negative reviews is that all of these can bring you down if you don’t know how to act and respond correctly.

Fake positive reviews make sense only if you’re willing to boost your online presence and increase clients interest in your product in the short term. If you’re like the vendor from the first case, you’re unlikely to get loyal clients and get REAL positive reviews from them.

Selling low-quality things will kill your business if not instantly then definitely. Merely acting because of greed is not a “get rich scheme” or something that can make you proud of yourself in the future. However, there are vendors, agencies and others who still use similar black hat practices.

According to OurSocialTimes, only 23% of clients act purely for revenge. However, these clients have nothing to do with fake attackers who are usually bots.

People who leave a negative review most of the time are just unsatisfied with simple customer services. These ladies and gentlemen (70%) are looking forward to receiving a response and only 38% actually get the response.

Businesses often fail to invest in customer care and customer support services usually because they have set and prioritized their goals incorrectly or selfishly.

If you start a business purely because of an itch for money, you have a lot of chances to fail because money is a weak motivation. What matters the most is providing value to the world and be willing to help your potential customers first. If you can manage to do that, you’ll reap the fruits.

You must invest in your customer services and reply to all the negative comments out there because this is exactly what helps you build your identity and save your face. You should also never take negative comments personally. Because your business is not your personality, your product is not you, and your team is not you, you are you.

We like to associate ourselves with what we do, and when that thing dies, we think that a part of us has died with that thing. If you haven’t had this business, you’d still be you. So, when you receive the negative comment or review, you need to observe and be able to process the information and find what you can improve.

Most often these are just bots, however, bots don’t come from nowhere. You can only get an avalanche of hateful comments and one-star ratings because you’ve failed to spot the problematic client at the very start of your relationships.

Be selective about who you’re working with. Unfortunately, if you’re selling SaaS or any other online products or services, you never know who can buy your stuff and then start hating you for what you do. More preceisly, those customers hate you for making an automatic decision and then saying that they have purchased something that doesn’t meet their expectations. Well, happens. Respond to them professionally and leave them alone. When you meet those haters there is not much you can do about it.

There is only one thing that can help you. Your community can only help you. When Henry Kaminski, Jr. had a case with his outraged client the community helped him not to appear as a fraud, hack, etc. and saved his face. He made the right choice of writing a personal response to him so that it was publicly seen.

You should never ignore any negative comments that you receive. Because when they go online, it will be very difficult if not impossible to eliminate them. So, it’s important to speak to your clients and do everything you can to save the relationships or ease the intensified situation.

Not answering your clients is an answer itself. Do not appear as if you’re afraid, scared or insecure to confront the situation and act professionally.

Make clients happy and wish you the best of sales! Stay tuned!